Enclosed coastal seas such as Ariake Sea and Yatsushiro Sea are faced with numerous issues that must be solved urgently, including the deterioration of the natural environment, increased frequency of floods, tidal waves, and other disasters, depopulation, and declining birthrate and aging population. Researchers in a wide range of advanced fields have established a research center, aiming to solve such issues and create a rich natural environment and social environment. In the next three years, we will promote studies and education that focus on the restoration and creation particularly of river and coastal areas. Such studies will contribute not only to Japan, but countries in Asia and Africa that face similar problems while the local infrastructure is rapidly developing.

Background of creating a research center

Many of the studies on the preservation of the coastal environment of Ariake Sea, Yatsushiro Sea, and other areas are still at the stage of collecting basic data and surveying the local conditions, and specific studies for the restoration, creation, and sustainable use of the environment have only begun. The recovery of the environment of Ariake Sea and Yatsushiro Sea is an urgent issue, however, and the government is currently seeking specific measures for environmental improvement. At present, embankments and dams constructed in rivers and coastal areas of Japan during its high-growth period are being rebuilt or renovated. New structures to be built not only must have functions to prevent damage of natural disasters, but they must also be in harmony with the local natural and social environment. With such a background, we are adding new members to establish a research center for new academic disciplines, aiming to explain the correlations between the factors comprising the natural and social environment and people's daily lives, taking into account the nature, industry, history, culture, climate, and scenery, and create river and coastal environment that coexists with people's lives for the purpose of sound management of river and coastal environment. Research on the environmental preservation of Ariake Sea and Yatsushiro Sea is a challenge that must be addressed by Kumamoto University in the local region, and research on coastal environment is a theme for which Kumamoto University can be a global base. Further, preservation of coastal environment requires the understanding and management of watershed ecosystems that include land and rivers. In addition to the understanding of river basins and coastal environment, we aim to establish a global research base through more advanced studies such as the analysis of collected data and specific environmental restoration and creation.

Making effective use of research data and techniques for enclosed coastal seas that have been collected and developed over the years by the conventional members of the Group for Research B, the center will work in cooperation with the central and local governments and local residents to carry out practical research on environmental improvement. This research group consists of a variety of researchers from different fields. Dr. Yasuhisa Henmi, the chief of the center, is the leader in the field of biodiversity preservation and sustainable use of water resources, and each of the members works actively for environmental preservation. The establishment of this new research center is an opportunity to develop comprehensive research that includes the vision of creating research fields that never existed before.

Based on the Yatsushiro Sea Restoration Project (abbreviated name) (2011 ? 2027, led by Professor Kiyoshi Takigawa, the Center for Marine Environment Studies) currently underway, the center will implement the "Survey and Research of Ariake Sea and Yatsushiro Sea" that has a new direction. This project will use regions with raid environmental changes as models, investigate ecosystems in the geosphere, hydrosphere, atmosphere, physical, chemical, and biological environment, and social environment, and implement environmental improvement based on adaptive management, aiming to acquire new large budgets. We have been surveying the condition and restoring and creating the environment at beaches, tidal flats, salt marshes of Yokoshima Reclamation, Shioya Coast, Kumamoto Port, Kazuwara Beach, the mouth of Kuma River, and other locations. From now on, we will include the mouth of Kuma River, whose environment is likely to have changed due to the removal of the Arase Dam, and Taura Bay of Yatsushiro Sea, in which hazardous pollutants have been rapidly accumulating, into our studies. We will focus on the restoration and creation of river and coastal areas in the first three years after the establishment of the center and carry out multi- and interdisciplinary joint research by the members in fields such as the Kuma River basin, from which the Arase Dam is being removed, and Shimoshima in Amakusa where renewal of embankments has become an issue. 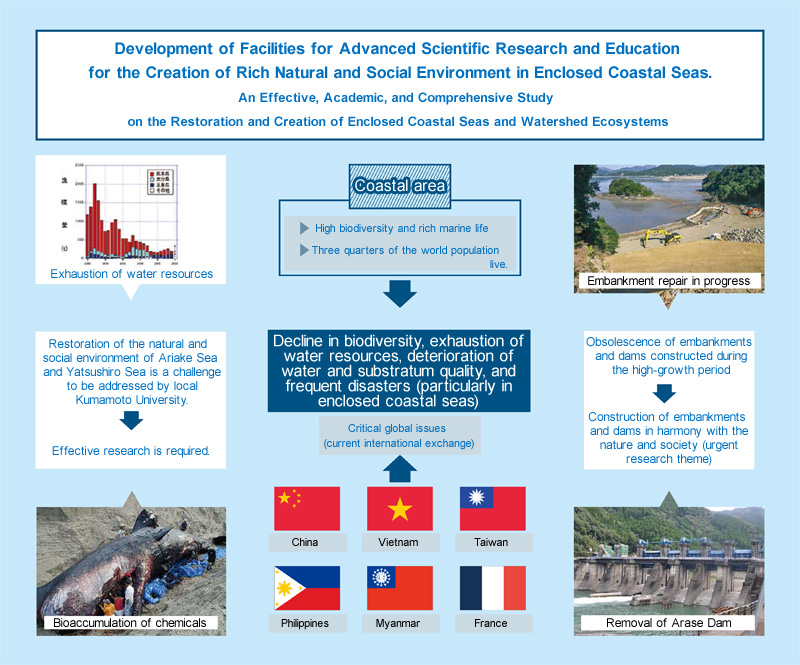 Chief of the Center, professor, Center for Marine Environment Studies
Ecological, behavioral, and fishery studies on zoobenthos in tidal flats and shallow seas 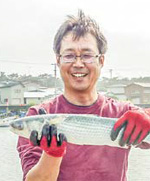 Associate Professor, Graduate School of Science and Technology (Faculty of Science)
Survey and research on chemical substances and the environment 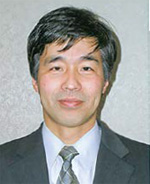 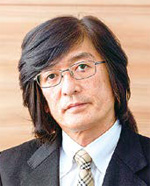 associate professor, the Memorial Museum of the Fifth High School
Research on life and culture of period after the high economic growth 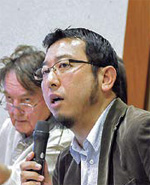 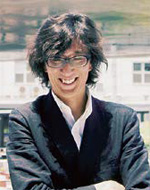 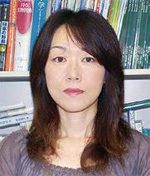 Associate Professor, Graduate school of Science and Technology (Faculty of Engineering)
Research on the preservation and restoration of river environment